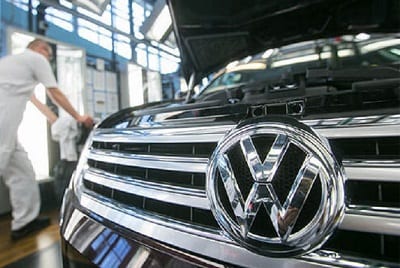 Even modern diesel engines are still a cause of NOx pollution

According to the SMMT (Society of Motor Manufacturers and Traders), in March 2017, diesel car sales fell by more than 37% based on the same month last year, showing that the current demand in the UK market for the diesel engine is very low. Although the demand for all cars plunged by almost 16%, diesel is the worst affected by far, so is this the onset of the demise in the UK diesel market?

Let us consider the top five questions answered by the BBC news about diesel engine cars, to see if we can get to a conclusion?

Top 5 Questions on the diesel engine

According to the BBC news, who referred to the SMMT, it was reported that diesel cars that were registered in 2018 fell from 244,593 a year before to just 153,594. Also, the SMMT made it known that customers had bought new cars before the changes in Vehicle Excise Duty we’re introduced in March 2017, boosting sales last year significantly.

2. “Why is the demand for diesel cars falling?”

According to research, the demand for petrol cars rose by 23.5% as of May 2018 and diesel car demand fell for the 14th month in a row. Diesel demand dropped by 23.6%, the demand for an alternatively fueled vehicle rose 36.1% this year, while hybrids rose to 22.6% and zero emission battery electrics were up 18.7%.

Aston University has also predicted that diesel cars will continue to fall this year.  Professor David Bailey said that fewer diesel cars were driven off the forecourts because of “environmental pressures and consumer confusion”.

Reviewing the Volkswagen scandal, it has shown that diesel cars were producing higher levels of nitrogen oxides (Nox) on the road, than in laboratory tests.

3.”Has the government changed the rules on diesel?”

The previous introduction of tax breaks on diesel cars by the UK government has also contributed to the downfall of the diesel engines in UK market, as these have now disappeared and new taxes, like the “toxin tax”, are now in place.

Diesel is also facing a backlash because of the focus on air quality in urban areas and on NOx as a contributor to pollution in cities. Experts have advised the UK Government to scrap diesel cars and encourage electric cars. If diesel cars can be scrapped, then there may be no way back for the diesel engine in the UK market

4. “Are diesel cars really bad for the environment?”

According to the BBC news, it was reported that the European emissions standard, Euro 6, sets limits on how much NOx can be produced. We all know that diesel engines produce higher levels of NOx which is harmful to the lungs, so for the human environment, it is disastrous, but for the wider environment it is still bad. Therefore, to work alongside the European emissions standard and reach the targets that have been set, the use and hence the production of diesel engines, will need to be reduced significantly.

5.” What are other countries doing about diesel?”

It has been said that any EU country that breaches the EU air quality limits, will face legal action. This has to lead to other Governments acting by banning all petrol and diesel-fueled cars from the city centers by 2020. To compensate for this, some European Governments are offering grants for buying bikes or even travel cards to those who give up their cars. Also, any country that fails to introduce a ban will face legal action from the national environmental lobby.

The mayor of Paris has already taken some steps by announcing wide-ranging measures to cut urban pollution. The Mayor of London has also introduced an ultra-low emission zone for April 2019, which means that drivers will have to pay a daily charge when traveling in central London if their vehicles do not meet the very latest emission standards.

Is there a conclusion for diesel cars?